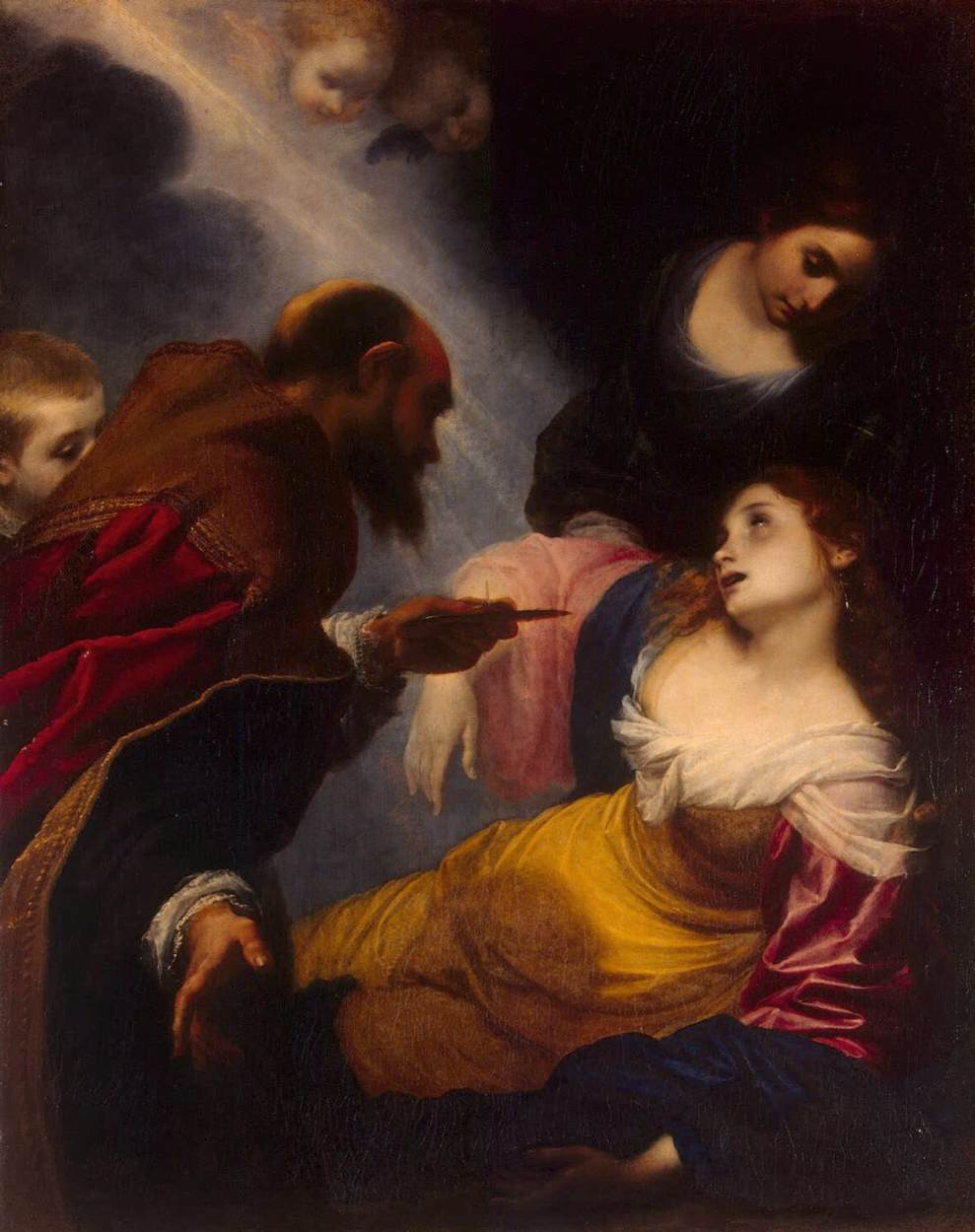 In the 8th Century, the holy Pope Paul the First had the body of Petronilla taken from the Cemetery of Domitilla, on the Ardeatine Way. Her relics were found in a marble sarcophagus, the lid of which was adorned, at each corner, with a dolphin. The Pope had them enshrined in a little Church, which he built neart he south side of the Vatican Basilica. This Church was destroyed in the 16th Century, in consequence of the alterations needed for the building of the new Basilica of Saint Peter; and the Relics of St. Petronilla were translated to one of its Altars on the west side. It was but just that she should await her glorious Resurrection under the shadow of the great Apostle who had initiated her in the Faith and prepared her for her eternal nuptials for the Lamb.