Tuesday of the First Week of Lent 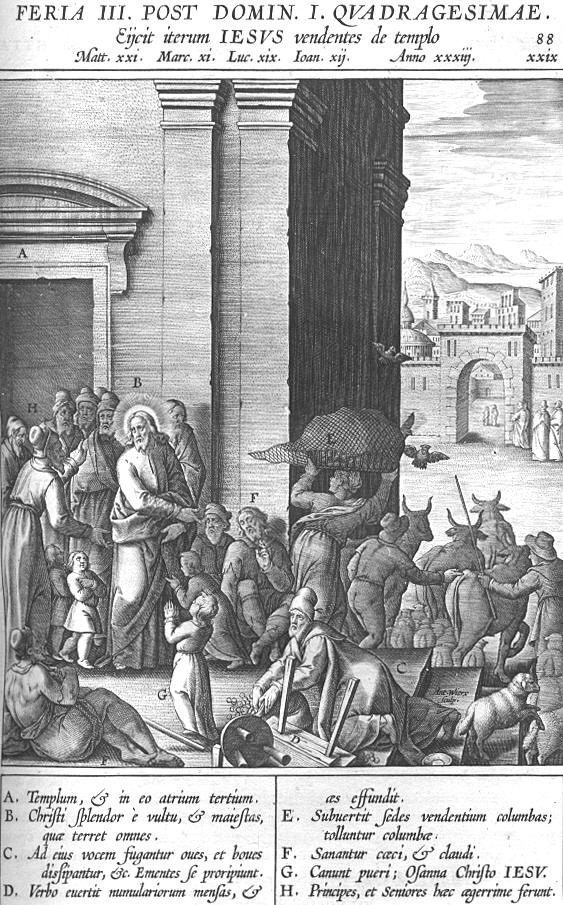 At Rome, the Station is in the Church of St. Anastasia, where, formerly, the Mass of the Aurora, on Christmas Day, used to be celebrated. It is under the protection of this holy Martyr, who suffered death for Christ on the day of his Birth, that we offer our prayers today to the Father of Mercy.

The Prophet, speaking to us in God’s name, assures us that, if we sincerely desire our conversion, we shall find mercy. The infinite distance which lies between the sovereign holiness of God and the soul that is defiled by sin is no obstacle to the reconciliation between the creature and the Creator. The goodness of God is omnipotent; it can create a clean heart in him that repents, and, where sin abounded, it can make grace abound more than ever sin abounded. The word of pardon will come down from heaven like plentiful rain upon parched land, and that land will yield a rich harvest. But let the sinner give ear to the rest of the prophecy. Is man at liberty to accept or refuse this word that comes from heaven? May he, for the present, neglect it in the hope that he will give it a welcome later on, when his life is at its close? No; God says to us by his Prophet: Seek ye the Lord, while he may be found; call upon him, while he is near. We cannot, therefore, find the Lord just when it suits our fickle humor; his nearness to us is not always the same. Let us take heed; God has his times; the time for mercy may be followed by the time for justice. Jonas went through the streets of the proud city, and cried out: Yet forty days, and Ninive shall be destroyed. Ninive did not allow the forty days to pass without returning to the Lord; she put on sackcloth and ashes, she fasted, and she was spared. Let us imitate the earnest repentance of this guilty city; let us not set Divine Justice at defiance by refusing to do penance, or by doing it negligently. This Lent is, perhaps, the last God’s mercy will grant us. If we put off our conversion, God may refuse us another such opportunity. Let us meditate upon these words of the Apostle, which repeat the truth told us in today’s Epistle: The earth that drinketh in the rain which cometh often upon it, and bringeth forth herbs, meet for them by whom it is tilled, receiveth blessing from God; but that which bringeth forth thorns and briars is reprobate, and very near unto a curse, whose end is to be burnt.

Our Forty Days have scarcely begun, and we find the implacable enemies of Jesus showing their hatred against him: that hatred will soon work his death. But how is this? have they not been witnesses of his wonderful works? True: but pride and jealousy have made them lose their senses. These faithless guardians of God’s Temple have seen Jesus exercise his authority in the holy place, and they opened not their lips; they were astonished at what he did, and they feared him. They did not even protest when he called the Temple his house, for they were awed by his great virtue and superhuman power. But these first impressions having subsided, their bold impiety returns. They hear the little children greeting our Savior with Hosanna, and they are indignant. They affect to be shocked at this honor which is paid to the Son of David, who went about everywhere doing good. These doctors of the Law are blinded by passion, and can neither understand the prophecies, nor their fulfillment. It is the verification of the words of Isaias, which we have just been reading in the Epistle: they would not seek the Lord while he was near them; and now that they are even speaking with him, they do not recognize him for their Messias. Little children know him and bless him; the sages of Israel see in him but an enemy of God, and a Blasphemer! Let us, at least, profit by the visit he is now granting us; lest he should treat us, as he did the Chief Priests and Scribes, and leave us. He withdrew his presence from them, he went out of the city, and returned to Bethania, which was near Jerusalem. It was there that Lazarus was living with his two sisters, Martha and Mary Magdalene. Mary, the Mother of Jesus had also retired thither, awaiting the terrible event. St. Jerome observes here that the word Bethania signifies the House of Obedience: this, says the holy Doctor, should remind us that our Savior withdraws from them who are rebels to his grace, and that he loves to be with them that are obedient. Let us learn the lesson well; and during these days of salvation, let us show, by our obedience to the Church and our submission to the guide of our conscience, that we are thoroughly convinced of this truth—that there is no salvation for us, except in humility and simplicity of heart.

The Gothic Church of Spain, in her Mozarabic Missal, offers us this formula, which our readers will justly appreciate.