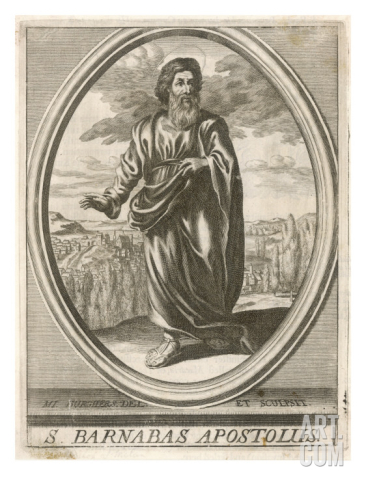 The promulgation of the new Alliance invited all nations to sit down at the Marriage feast in the kingdom of God; since that day, the sanctifying Spirit is ever producing saints in every age and at moments which correspond most mysteriously to the deep and hidden designs of Eternal Wisdom, over the particular history of a people. Nor must we be astonished hereat: for Christian nations having, as such, their appointed part in the advancing of the kingly sway of the Man-God, this vocation imposes duties upon them and gives them rights, superior to nature’s law; the supernatural order invests them with its inherent greatness; and the Holy Ghost by means of his Elect, fosters not only their birth, but likewise their development. This wondrous working of divine Providence, as presented on history’s page, is indeed admirable; where the hidden influence of sanctity in even the frail and lowly is ever being divinely used to overrule the powerful action of the mighty, who seem, in men’s eyes, to be leading everything their own way. Now, among the saints strikingly appointed as channels of grace to nations, none are so particularly entitled to universal remembrance and gratitude as are the Apostles, for they are laid as foundation stones of the edifice of Christian society, whereof the Gospel is both the strength and the primary law. The Church is ever watchful to prevent her sons falling into a dangerous forgetfulness of this; hence no Liturgical season is without its memory of some one or other of these glorious witnesses to Christ. But from the day that the world was delivered over to become the conquest of their zeal, the mysteries of man’s salvation being all consummated, their names are more closely pressed together on the sacred records; each month of the cycle now borrows its characteristic coloring, from the brilliant triumph of some one of these.

The month of June, all aflame with the fires of Pentecost, sees the Holy Ghost setting upon its predestined foundations, the first layer of stones, in the Church’s construction; to this month, that is, belongs the honor of proclaiming the memorable names of Peter and Paul, wherein are summed up all the services and trophies of the whole Apostolic College. Peter declared the Gentiles admitted to the grace of the Gospel; Paul was named their Apostle; but still, before rendering the homage so justly due to these two leaders of the Christian people, fitting is it that nations should throng, in grateful veneration, around the sainted guide given to Paul himself, in the opening days of his apostolate, that is, around Barnabas, whose name is interpreted, the son of consolation, and by whom the convert of Damascus was presented to the terrified Church, anon so sorely tried by the violence of Saul the persecutor. The 29th of June will derive its chief radiance from the simultaneous confession of the two Princes of the Apostles, united in death, as they had been one in life. Be then honor due, first of all, to him who first knit together this fruitful union, by leading to the Head of the infant Church the future Doctor of the Gentiles. Barnabas presents himself before us, as a herald; the feast which the Church is celebrating in his honor is a prelude to the gladness which awaits us, at the end of this month so rich in light and in fruits of holiness.

Let us read his history, drawn up as it mainly is, from the Acts of the Apostles. Notwithstanding its brevity, there are, on the pages of the sacred Liturgy, few more glorious than this.

To thee, O Barnabas, we offer the gratitude of the nations. Thou didst watch, O faithful Levite, beside the figurative sanctuary of the days of expectation, observing the coming of the Lord God, until at last the true ark, the Incarnate Word, having appeared in Sion, thou didst at once take thy place at his side, to defend and serve him, the ark of holiness, that had come to rally all nations, to give unto them the true manna, to establish amongst all a new covenant; this was to require from the sons of the Old Testament, the sacrifice of the privileges that had been theirs, since the first prevarication of the Gentiles. Though a member of the favored tribe of Levi, prompt wast thou to abandon its sacred titles which thou didst recognize to have been but limited, and to be now set aside; yea, outstepping mere precept, thou didst not hesitate to renounce all thy family possessions and give them up, together with thyself, to the Church yet in her infancy and scorned by the Synagogue. Therefore, the Holy Ghost would not be outdone in generosity; to thee he reserved the signal privilege of presenting to the Gentiles, their apostle. Saul was thy friend; blinded by the prejudices of his sect, he scorned to follow thine example; and the Faithful trembled at his very name, seeing in him their most relentless persecutor. But silently thine intercession arose from earth, and blending with that of Stephen, pleaded a strong prayer for the murderer. The hour of grace had sounded; and thou wast the first in Jerusalem, to hear of its victory; on the strength of thy testimony alone, the terrified assembly of believers opened their doors to the recent convert.

Thus appearing before the Church, as guarantee for the future Doctor of the Gentiles, to thee belonged the honor of leading him forth to the scene of his labors. Thine it was not, to be numbered among the Twelve by our Lord, yet thine authority was of a kind that almost equalled theirs. After the baptism of Cornelius, thou wast delegated, by the apostles to Antioch to direct the evangelization of the Gentiles. There Paul, the new laborer, was joined to thee; and then did the word of salvation falling from thy lips, begin to produce conversions so numerous that the Faithful were then called, for the first time, Christians, to distinguish them at once from both pagans and Jews. The emancipation of the nations was thus accomplished and Paul in the eyes of all, as also according to the language of the Holy Ghost himself, was still but thy disciple and thy client. For which reason the Divine Spirit was pleased that thou shouldst share in common with him that solemn ordination whereby he was constituted Apostle of the Gentiles. But very soon after this, the greater good of souls required that thy journeys and labors, hitherto inseparable from his, should be divided. Thine apostolate was then directed more specially to the Island of Cyprus, so abused in pagan times, by the demon of voluptuousness; there hadst thou first seen the light and now thou didst gladly devote thy sweat and even thy blood to diffusing throughout this thy native Isle, the purifying light of the Son of God.

But the Pentecostal fires burning in thy breast, urged thee ever forewards and onwards to more distant missions. Of thee it was written as of Paul: I have set thee to be the light of the Gentiles: that thou mayest be for salvation unto the uttermost part of the earth. Thus, Italy also heard thy sweet voice, redolent of the joy and consolation of the Paraclete; she beheld thy noble countenance, the serene majesty whereof had made the pagans of another land mistake thee for one of their gods, veiled under human features. Bergamo, Brescia, and other places, especially Milan, claim thee as their Father. Then, O Barnabas, from thine exalted throne, look down and ever protect the faith thou didst deposit in these spots, which, more fortunate than the fated cities of Cyprus, have remained faithful. Vouchsafe to protect the Order, so useful to the Church, which claims thy powerful patronage; may its apostolate continue to carry out thine own, and may its members deserve unto the day of doom, the high esteem in which it was held by Saint Charles Borromeo, thy glorious successor in the see of Milan. In one word, O Father of the Gentiles, extend thy solicitude to all nations, for all, without distinction, were confided to thee by the Holy Ghost, suffer them to enter into the way of light so exquisitely described in that precious Epistle which bears thy blessed name: may the Gentile world become the true temple, of which that of Moriah was but a figure.