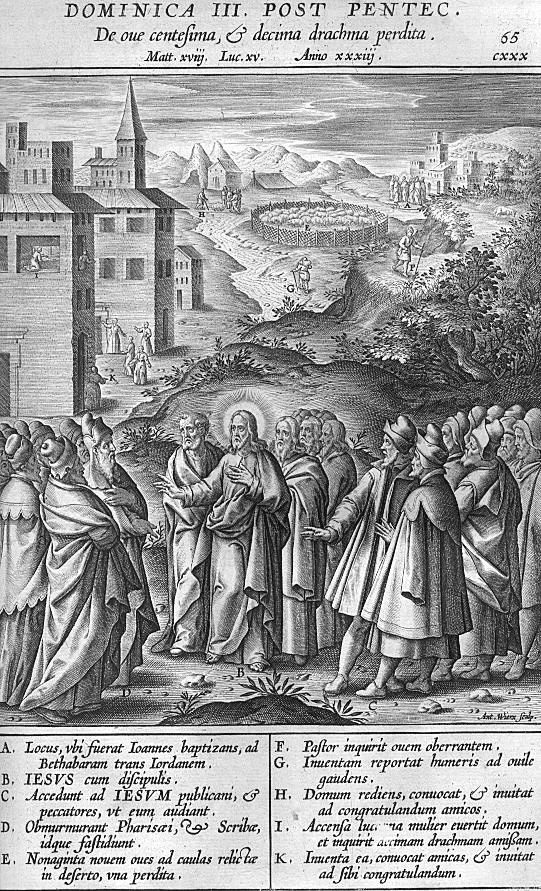 The faithful soul has witnessed, through the sacred Liturgy, the close of the mysteries of our Redemption, which were wrought, in succession, by our Jesus, and applied to us, one after the other, by his Church, in her divine worship of them. The Holy Ghost has been sent, by the Father and Son, and he has lovingly and graciously come, to continue amongst us the work of the Incarnate Word. He, the Spirit of the Father and Son, is come to support the Christian in this second portion of both time and season; it is, as far as the Year of Grace is concerned, the second portion of that Year; and the Holy Spirit is to rule it; and he does so by bringing before us gradually, we might say, week by week of this Time after Pentecost, the fulness of the Christian life, as we received it from our Redeemer, who has now ascended into heaven, and thence has sent us this beautiful Paraclete, to form within us that life, to its full development. Amongst other gifts he gives us for the purpose, he shows us how to pray. Prayer, as our Jesus told us, must be continual; we must be always praying, and not faint or fail. And yet, we know not what we should pray for, nor how we should pray, so as to obtain. This is quite true; but He, the Holy Spirit, knows it all; and comes to us, helping our infirmity, yea, and himself asking for us, with unspeakable groanings. In the Introit and the whole Mass for this Sunday, we are taught that Prayer must have, amongst its other requisite qualities, that of humble repentance for our past sins, and of confidence in God’s infinite mercy.

This is the Third Sunday after Pentecost; it is the first which has no rubrical connection with the great Feasts we have been solemnizing; it is a Sunday with all the simplicity of the Office of the Time.

The third Collect is left to the Priest’s own choice.

The miseries of this present life are the test to which God puts his soldiers; he passes judgment upon them, and classifies them, according to the degree of courage they have shown. Therefore is it, that we all have our share of suffering. The combat has commenced. God is looking on, watching how each of us comports himself. The day is not far off, when the Judge will pass sentence on the merits of each combatant, and award to each one the recompense he has won. Combat, now; peace and rest and a crown, then. Happy they who, during these days of probation, have recognized the mighty hand of God in all the trials they have had, and have humbled themselves under its pressure, lovingly and confidingly! Against such Christians, who have been strong in faith, the roaring lion has not been able to prevail. They were sober, they were watchful, during this their pilgrimage. They were fully convinced of this, that every one has to suffer in the present life; they therefore never sighed and moaned, as though they were the only sufferers; they did not assume the attitude of victims, and call it Resignation! but they took each trial as it came, and, without talking to every one about it, they quietly and joyously united it with the sufferings of Christ. O true Christians! you will be joyous for all eternity, when there will be made the manifestation of that eternal glory in Christ Jesus, which he will pass on to them, that they may share it with him for ever!

The Gradual keeps up the same strain;—it encourages the faithful soul to confidence. Let him cast all his care upon his heavenly Father; has he not always graciously heard him in all his troubles and necessities? As to enemies, let him cast away the thought; God will think of that, and, if it so please him, will avenge the soul they persecuted.

This parable of the Sheep that is carried back to the fold on the Shepherd’s shoulders was a favorite one with the early Christians; and they made representations of it at almost every turn. The same is put before us in today’s Gospel, that our confidence may be strengthened in God’s infinite mercy. It reminds us, in its own beautiful way, of our Lord Jesus; whom we contemplated, a few weeks back, ascending triumphantly into heaven, carrying thither, in his arms, the lost human family, which he had won back from Satan and death and sin. For, as St. Ambrose says, “who is the Shepherd of our parable? It is Christ, who carries thee, poor man, in his own Body, and has taken all thy sins upon himself. The Sheep is one, not by number, but by its kind. Rich Shepherd this, of whose flock, all we human beings form but the hundredth part! for he has the Angels, and Archangels, and Dominations, and Powers, and Thrones, and all the rest,—all those other countless flocks, whom he has left yonder up the mountains, that he might run after the one Sheep he had lost.”

But it is from St. Gregory the Great that the Church, in her Matins of this Sunday, took the Commentary of this Gospel. And, in the sequel of that Homily, the holy Doctor gives us the explanation of the Parable of the Woman and the ten Groats. “He,” says St. Gregory, “that is signified by the Shepherd, is also meant by the Woman. Jesus is God; he is the Wisdom of God. And because good coin must bear the image of the king upon it, therefore was it that the Woman lost her groat, when Man, who had been created after God’s image, strayed from that image by committing sin. But, the Woman lights a lamp; the Wisdom of God hath appeared in human flesh. A lamp is a light which burns in a vessel of clay; and Light in a vessel of clay, is the Divinity in our flesh. It is of the vessel of this Body, that this Wisdom says: My strength is dried up like a potsherd. For, just as clay is made hard by fire, so His strength was dried up like a potsherd, because it has strengthened unto the glory of his resurrection, in the crucible of sufferings, the Flesh which it (Wisdom) had assumed … Having found the groat she had lost, the Woman calleth together her friends and neighbors, saying: ‘Rejoice with me! because I have found the groat which I had lost.’ Who are these friends and neighbors, if not the heavenly Spirits, who are so near to divine Wisdom, by the favors they enjoy of the ceaseless vision? But we must not, meanwhile, neglect to examine why this Woman, who represents divine Wisdom, is described as having ten groats, one of which she loses, then looks for, and again finds it? We must know, then, that God made both Angels and Men, that they might know him; and that having made both immortal, they were both made to the image of God. The Woman, then, had ten groats, because there are nine orders of Angels, and Man, who is to fill up the number of the elect, is the tenth groat; he was lost by his sin, but was found again, because Eternal Wisdom restored him, by lighting the lamp, that is, by assuming his flesh, and, through that, working wonderful works, which led to his recovery.”

The Offertory is an outpouring of gratitude and love for the God who dwelleth in Sion; he does not abandon them that seek him; he does not forget the poor man’s prayer.

The third Secret is left to the Priest’s own choice.

The Preface is that appointed for all Sundays during the year, for which no proper one is fixed, either of the Time, or for a Fast. It is given here.

The Communion-Anthem recalls to our minds, and with much appropriateness, the merciful teaching of today’s Gospel, now that Eternal Wisdom has regained full possession of the last groat, by means of the sacred Banquet, which He Himself had given to the repentant prodigal.

The third Postcommunion is left to the Priest’s own choice.