Saint Peter Chrysologus, Bishop and Doctor of the Church 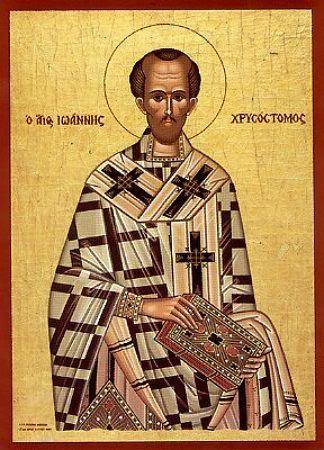 The same divine Providence which would not that the Church should be deprived of the consolation of keeping, during Advent, the feast of some of the Apostles, who announced to the Gentiles the coming of the Messias, has also willed that the holy Doctors, who defended the true Faith against heretics, should be represented in this important season of the Catholic Year. Two of them, St. Ambrose and Peter Chrysologus, shine as two brilliant stars in the firmament of the Church during Advent. It is worthy of note that both of them were the zealous avengers of that Son of God whom we are preparing to receive. The first was the valiant opponent of the Arians, whose impious doctrine taught that Jesus, the object of our hopes, is merely a creature and not God; ;the second was the adversary of Eutyches, whose sacrilegious system robs the Incarnation of the Son of God of all its glory, by asserting that, in this mystery, the human nature was absorbed by the divinity.

It is this second Doctor, the holy Bishop of Ravenna, that we are to honor today. His pastoral eloquence gained for him a great reputation, and a great number of his Sermons have been handed down to us. In almost every page, we find passages of the most exquisite beauty, though we also occasionally meet with indications of the decay of literature, which began in the fifth century. The mystery of the Incarnation is a frequent subject of the Saint’s Sermons, and he always speaks upon it with a precision and enthusiasm, which show his learning and piety. His veneration and love towards Mary, the Mother of God who, in that very age, had triumphed over her enemies by the decree of the Council of Ephesus, inspire him with thoughts and language which are extremely fine. Let us take a passage from the Sermon on the Annunciation. “God sends to the Virgin an Angelic Messenger who, while he brings grace, gives her the entrusted pledge, and receives hers. Then does Gabriel return with Mary’s plighted troth. But before ascending to heaven, there to tell the consent promised him by the Virgin, he delivers to her the gifts due to her virtues. Swiftly does this Ambassador fly to the Spouse, that he might assert God’s claim to her as his own. Gabriel takes her not from Joseph, but he restores her to Christ, to whom she was espoused when she was first formed in the womb. Christ, therefore, did but take his own, when he thus made Mary his Spouse. It is not a separation that he thus produces, but a union to himself of his own creature by becoming Incarnate in her womb.

“But let us hearken to the Angel’s words. Being come in, he said unto her: Hail, full of grace! the Lord is with thee! These words are not a mere salutation; they convey the heavenly gift. Hail! that is, Take, O Mary, the grace I bring thee; fear not; this is not the work of nature. Full of Grace! that is, Thou art not in grace as others are, thou art to be filled with it. The Lord is with thee! What means this, but that he is coming to thee not merely to visit thee, but to enter within thee by the new mystery of becoming thy Child? Blessed art thou among women. How fittingly does he add these words! They imply that they who heretofore were mothers with the curse of Eve upon them, now have the Blessed Mary as their joy, and honor, and type: and whereas Eve was, by nature, the mother of children of death, Mary is, by grace, the mother of children of life.”

In the following passage from another Sermon, the Holy Doctor teaches us with what profound veneration we ought to contemplate Mary during these days when God is still residing in her womb. “What reverence and awe are shown to that inner chamber of a King, where he sits in all the majesty of his power! Therein, no man may enter that is a stranger, or unclean, or unfaithful. The usages of courts require that when men come to pay their homage, everything must be the best, and fairest, and most loyal. Who would go to the palace-gate in rags? Who would go, that knew he was odious to the Prince? So it is with the sanctuary of the divine Spouse. No one is permitted to come nigh, but that he is of God’s family and is intimate, and has a good conscience, and has a fair name, and leads a holy life. Within the holy place itself God receives but the Virgin, and spotless virginity. Hence learn, O man, to examine thyself:—who thou art? and what thou art? and what merits thou hast? Ask thyself, after this, if thou mayest dare to penetrate into the mystery of the Birth of thy Lord, or canst be worthy to approach to that living sanctuary, wherein reposes the whole majesty of the King, and thy God.”

Let us now listen to our holy Mother the Church, who thus speaks of our Saint.

Holy Pontiff, who didst open thy lips and pour out on the assembly of the faithful, in the streams of thy golden eloquence, the knowledge of Jesus, cast an eye of compassion on the Christians throughout the world who are watching in expectation of that same God-Man, whose two Natures thou didst so courageously confess. Obtain for us grace to receive him with that sovereign respect, which is due to a God who comes down to his creatures, and with that loving confidence, which is due to a Brother who comes to offer himself in sacrifice for his most unworthy brethren. Strengthen our faith, most holy Doctor! for the love we stand in need of comes from faith. Destroy the heresies which lay waste the vineyard of our Father; and uproot that frightful Pantheism, which is the form under which the heresy, thou didst combat, is still among us. May the numerous Churches of the East abjure that heresy of Eutyches which reigns so supreme among them, and gives them the knowledge of the ineffable mystery of the Incarnation only to blaspheme it. Pray that the children of the Church may show to the judgments of the Apostolic See that perfect obedience to which thou didst so eloquently urge the heresiarch Eutyches, in the Epistle thou didst address to him, and which will ever be precious to the world: “We exhort thee above all things, most honored Brother, that thou receive with obedience whatsoever has been written by the most blessed Pope of the City of Rome: for Blessed Peter, who lives and presides in his own See shows the truth of faith to all them that seek it.”