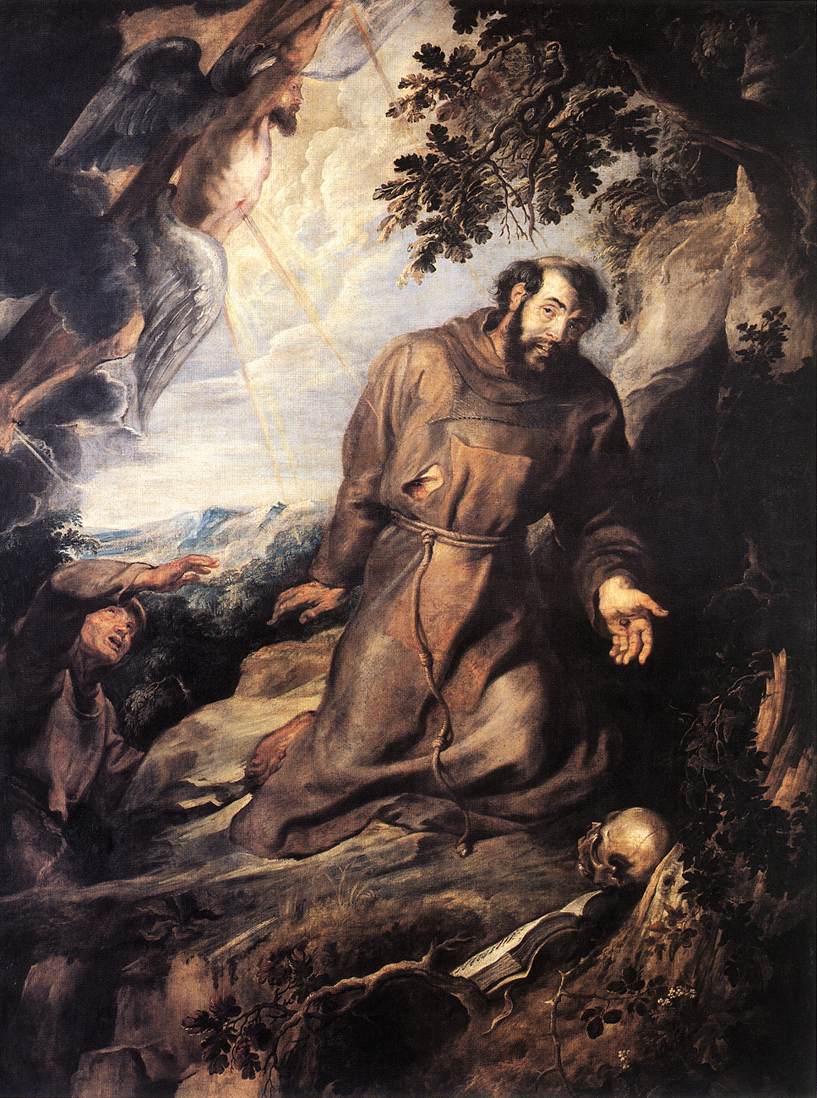 Standard-bearer of Christ and of his Church, we would fain, with the Apostle and with thee, glory in nothing save the Cross of Our Lord Jesus. We would fain bear in our souls the sacred Stigmata, which adorned thy holy body. To him whose whole ambition is to return love for love, every suffering is a gain, persecution has no terrors; for the effect of persecutions and sufferings is to assimilate him, together with his mother the Church, to Christ persecuted, scourged and crucified.