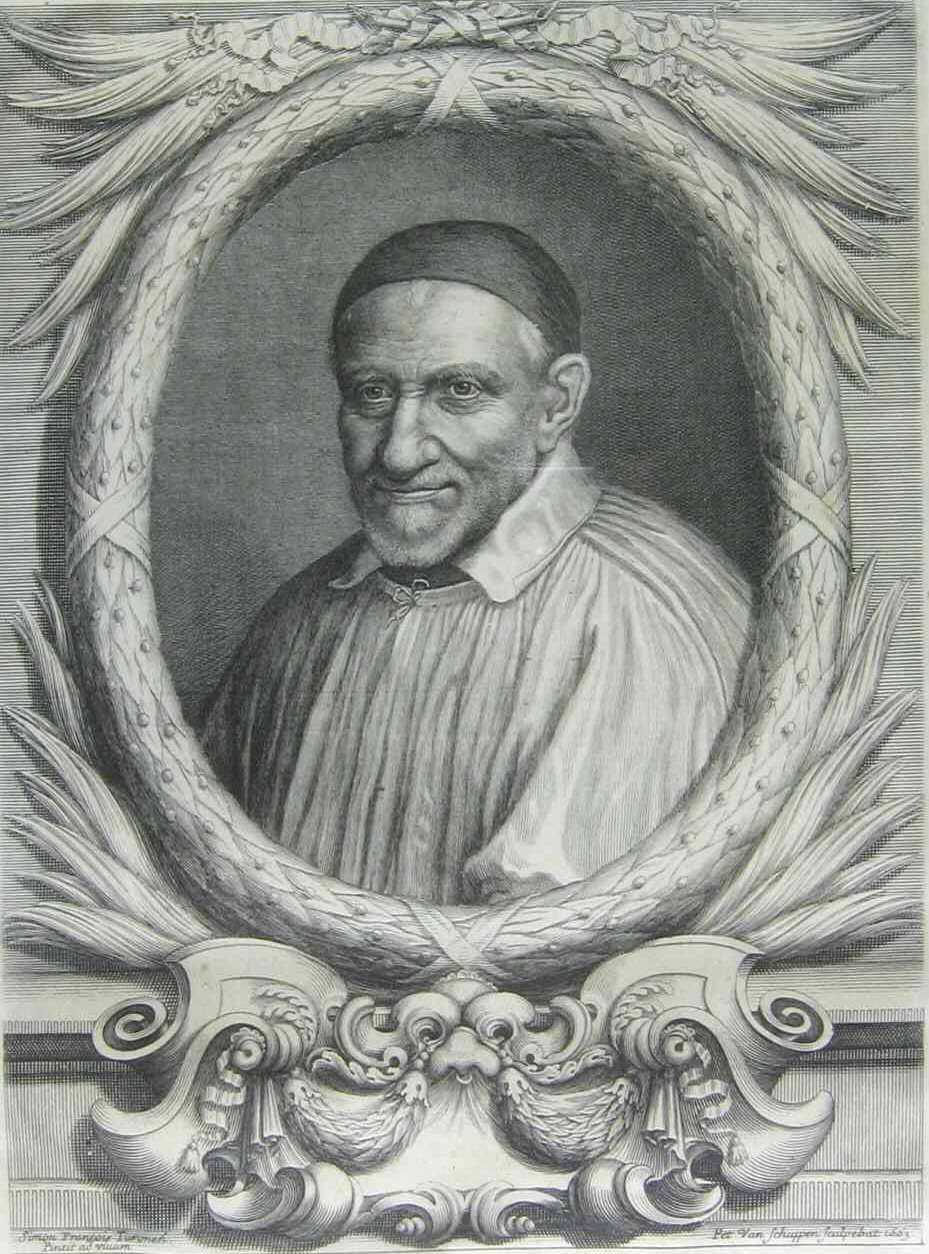 Vincent was born at Pouy in Gascony, in the south of France, in 1580 or 1581, the third child in a family of four sons and two daughters. His family was a solid peasant family capable of making ends meet only through hard work and frugality. His father encouraged and helped him toward the priesthood, to which he was ordained on September 23, 1600, at the age of nineteen or twenty. Among his chief reasons for becoming a priest was his desire to get an office in the Church from which he could obtain enough money to retire early, return home, and provide for his family.

His early hopes for advancement came to nothing (two trips to Rome, promises of a bishopric, money from a will). In 1608, Vincent moved to Paris, where he came under the influence of Father (later Cardinal) Pierre de Bérulle, whom he took as his spiritual director, and Father André Duval, a professor of the Sorbonne, who was to be his “wise man” for the next three decades. This marked a turning point in Vincent’s spiritual journey: ambition was receding, and attention to God and vocation were advancing.

Accused of theft by his roommate, Vincent did not defend himself, showing himself to be more like the Lord and less interested in self-advancement and public image—the real thief confessed years later. In 1612, he was named pastor of Saint-Medard in Clichy, a poor rural parish just northwest of Paris. As pastor, he experienced the priesthood in a way unknown to him to that point, and told the bishop he was happier than the bishop himself, and even the pope.

However, in less than a year Bérulle recalled him to Paris to become chaplain to the Gondi family and tutor to their children. In January of 1617, Vincent was on the Gondi estates in Picardy, and heard the confession of a dying man, who told Madame de Gondi that he would have been damned without Vincent’s ministry. She urged Vincent to preach a sermon on general confessions, which produced such a response that other priests were called to help hear all the confessions.

Now, very conscious that the poor were not being evangelized or helped, Vincent felt called to a more pastoral ministry. With Bérulle’s help, he became the parish priest in Châtillon-les-Dombes in the southeast of France, helping his fellow priests to a more faithful way of life, as well as ministering to and teaching the people. In August 1617, as he was preparing for Sunday Mass, a parishioner brought news of the illness and destitution of an entire family in the parish. He preached on their need, and that afternoon the people responded in overwhelming numbers by carrying them food and supplies. Vincent then called a meeting of interested women, and urged them to put order into their generosity by taking turns. With rules drawn up by Vincent, they established a group which became the first Confraternity of Charity.

By December, 1617, Madame de Gondi prevailed in her request that Vincent return to their family by giving him freedom to preach missions in various towns and villages. In 1619, at the urging of Monsieur de Gondi, King Louis XIII, appointed Vincent chaplain general of the galleys with responsibility for the spiritual well-being of all the galley convicts of France.

During this period Vincent experienced a twofold conversion. First, he was being converted to the poor, who were becoming the center of his life. Second, he was also being converted to his priesthood, seeing it not as a career, but as a personal relationship with Jesus. However, his “conversion” does not seem to rest on one dramatic moment, but rather on a gradual opening to the power of God’s grace working in him, and allowing him to see his world more clearly in the light of Christ.

Toward the end of 1618, the bishop of Geneva, Francis de Sales, arrived in Paris, and inspired Vincent with the power of humility and gentleness. Vincent reflected: “How good you must be, my God, if Francis de Sales, your creature, is so gentle and lovable.” Vincent’s disposition was naturally moody and melancholy, but he now decided that he could not simply say he was made that way and could not change. He went to Soissons to make a retreat, asking God to help him change. His prayer was answered, not immediately, but gradually as he came to understand the direction his priesthood should go and the beauty of serving others.

Vincent continued giving local missions to the people. Madame de Gondi, seeing the effect of these missions, set aside money for a community to preach such missions on a wider scale, and asked Vincent to find a community able and willing to do so. Vincent asked the Jesuits and several other communities, but none were able to accept this additional apostolate. Vincent went to his old mentor, Father Duval, to share his concern and ask for advice. Duval told him that God was clearly calling Vincent himself to do the work of the missions. Vincent accepted the call, and in April, 1625, founded the Congregation of the Mission to evangelize the poor people of the countryside.

The Archbishop of Paris approved the Congregation, giving them the Collège des Bons Enfants for a motherhouse. Members were secular priests who made simple vows of poverty, chastity, obedience and stability. In 1628, the Congregation gave its first retreat to candidates for the priesthood in preparation for their ordination. This gradually led to additional efforts to help priests in their vocation. In 1633, the motherhouse moved to the former priory of Saint-Lazare, north of the city. Beginning in 1635, additional houses were established, in France, in other European countries, and in Africa. Vincent also served as spiritual director for a growing number of people, one of whom was a widow, Louise de Marillac, in whom Vincent saw leadership potential. The Ladies of Charity, a coalition of noblewomen Vincent had organized to serve poor people, had grown and spread, as had the Confraternities of Charity. Vincent found it impossible to oversee all these groups, so he turned to Louise. Despite frail health, Louise traveled from town to town, visiting, guiding and encouraging the fledging organizations.

Vincent assumed direction of the Hôtel-Dieu, a large hospital in Paris. Both Vincent and Louise realized that greater commitment would be needed to give the necessary care with consistency and love. Young women from rural areas began to appear, ready to assist. In 1633, Louise welcomed several of them into her own home for training, and they became the nucleus of a new type of religious community, the Daughters of Charity. They lived in houses, not convents; their cloister was the city streets; their enclosure was their commitment to God and service. They gave their lives to visiting the sick in the homes, ministering in hospitals, caring for prisoners, orphans, the mentally ill, and the homeless of Paris. They also taught catechism to rural children.

In 1639, Lorraine was devastated by war. Vincent collected money and other forms of aid, sending members of his Congregation to distribute the aid and organize relief, and sending Daughters of Charity to minister to victims and refugees. This ministry continued during the 30 years war, and a brutal civil war called the Fronde.

In June of 1643, Vincent began serving on the Queen’s Council of Ecclesiastical Affairs. There he exercised significant influence on the selection of good and worthy bishops, oversaw the renewal of monastic life, dealt with Jansenism, and was able to keep the plight of the people and the poor before the government of France.

Vincent continued his work until his death on September 27, 1660. A witness tells us, “At the moment of his death, he surrendered his beautiful soul into the hands of the Lord, and seated there, he was handsome, more majestic and venerable to look at than ever.”