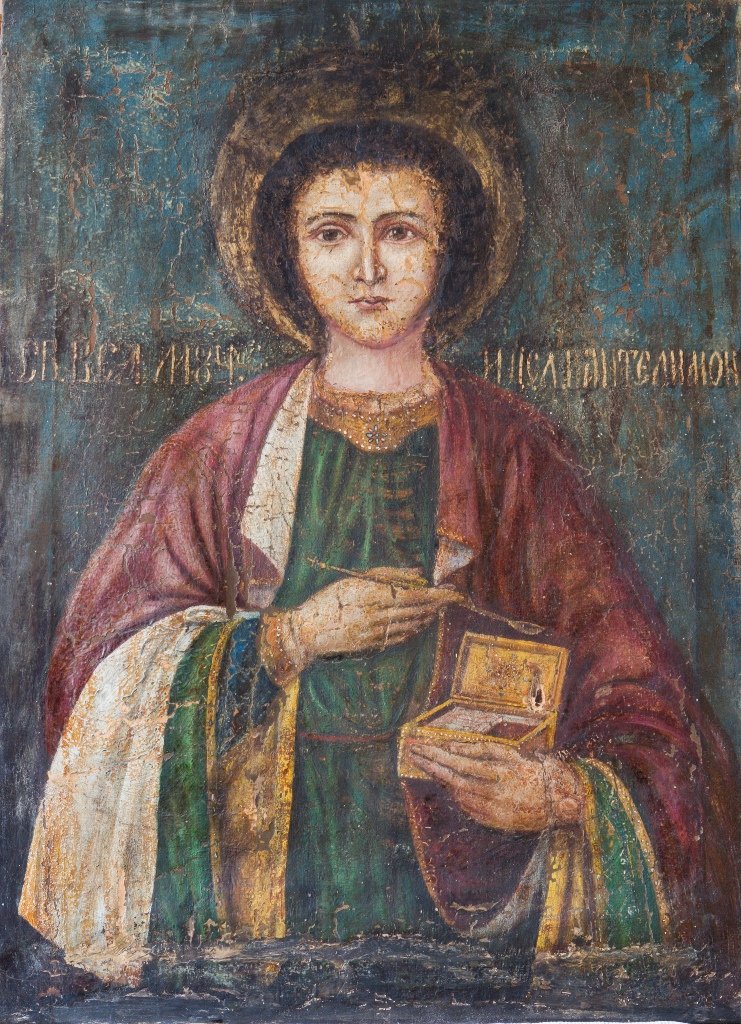 The East celebrates today one of her great martyrs, who was both a healer of bodies and a conqueror of souls. His name, which recalls the strength of the lion, was changed by heaven at the time of his death into Panteleemon, or all-merciful; a happy presage of the gracious blessings our Lord would afterwards bestow on the earth through his means. The various translations and the diffusion of his sacred relics in our West have made his cultus widespread, together with his renown as a friend in need, which has caused him to be ranked among the saints called helpers.

What is stronger than a lion, and what is sweeter than honey? Greater than Samson, thou, O Martyr, didst in thy own person purpose and solve the riddle: Out of the strong came forth sweetness. O lion, who didst follow so fearlessly the Lion of Juda, thou didst imitate his ineffable gentleness; and as he deserved to be called eternally the Lamb, so did he will his Divine Mercy to shine for in the everlasting heavenly name, into which he changed thy earthly name. Justify that title more and more for the honor of him who gave it to thee. Be merciful to those who call on thee: to the sufferers whom a weary consumption brings daily nearer to the tomb; to physicians who, like thee, spend themselves in the care of their brethren: assist them in giving relief to physical suffering, in restoring corporal health; teach them still better to heal moral wounds, and lead souls to salvation.