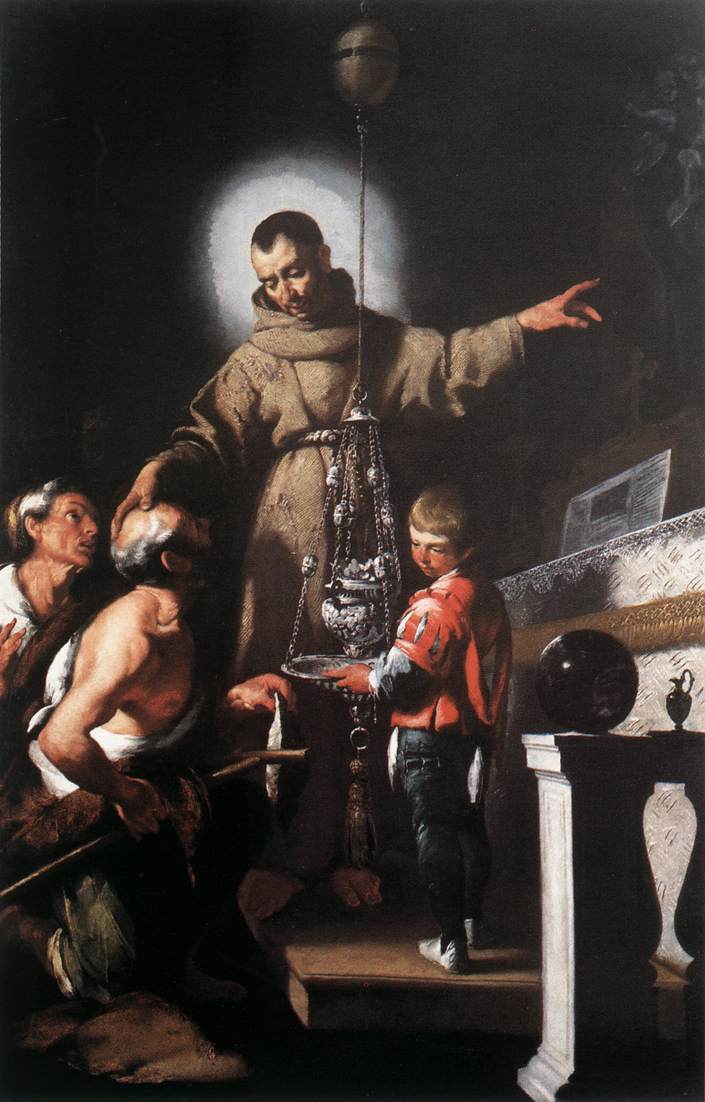 A humble lay brother, Didacus of St. Nicholas is welcomed today by his father St. Francis into the company of Bernardine of Siena and John Capistran, who preceded him by a few years to heaven. The two latter left Italy and the whole of Europe still echoing with their voices, the one making peace between cities in the name of the Lord Jesus, the other urging on the Christian hosts to battle with the victorious Crescent. The age which they contributed so powerfully to save from the results of the great schism and to restore to its Christian destinies knew little of Didacus but his unbounded charity. It was the year of the great Jubilee, 1450. Rome having become once more, practically as well as theoretically, the holy city in the eyes of the nations, not even the most terrible scourges could keep her children at a distance. From every quarter of the globe, crowds, urged by the evils of the tie, flocked to the sources of salvation; and Satan’s work of ruin was retarded by seventy years. 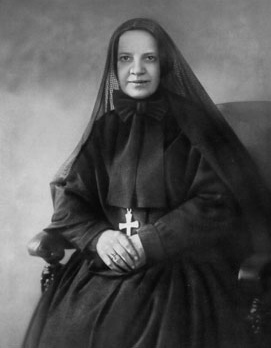 Physically small (under five feet tall) and always frail in health, Francesca took her naming after Francis Xavier seriously, living a life of missionary zeal that equalled his. Born near Pavia in northern Italy, she qualified as a primary school teacher and at the age of twenty-two was in charge of a school in a nearby village. Newly united Italy was experiencing a wave of anti-clericalism, and it was forbidden to teach religion in schools, but she obtained permission to teach doctrine after school hours.

She applied to join two religious Orders, but both rejected her. Her parish priest placed her in charge of an orphanage, and she gathered a team to help her, but the scheme collapsed for lack of funds. Her aim was to follow literally in her patron’s footsteps and be a missionary in China. With seven companions she founded a house devoted to foreign missions, but she met with resistance in the Church to the idea of women being missionaries. She persevered, and the Missionary Sisters of the Sacred Heart were approved in 1880, with a Rule balancing hard work and spirituality, but they were not able to work outside Italy, where they soon had several houses and a growing reputation. She went to Rome in 1887 and, after some initial resistance, was able to start a house there. The Italian houses were to be training bases for her work on the missions—when she could start that.

The chance came through a meeting with Bishop John Baptist Scalabrini, who was deeply concerned with the plight of Italian migrants to the United States. Unable to make a living in Italy in the economic depression of the 1870s and 1880s, hundreds of thousands were leaving each year in the hope of a better life in the New World. In the United States they gathered in “Little Italies,” ghettos in the cities of the eastern seaboard, generally exploited by employers, and bereft of priests, teachers, and any sort of social care. Scalabrini, looking for “good priests” to go to New York in response to an appeal from Archbishop Michael Corrigan, saw a role for the Missionary Sisters there as well. Mother Cabrini, as she was by then known, had an audience with Pope Leo XIII, who was aware of the plight of Italians in the United States, and he told her their mission was to be “not to the east but to the west.”

So she went, with six other Sisters, on a stormy voyage from Le Havre, to a non-existent reception in New York, where they had to find a slum tenement in which to live and to beg for everything. Somehow they won through and began teaching and looking after the sick and orphans. The archbishop did not approve of women and at first gave them no assistance, but it seems that a sharp letter from Bishop Scalabrini convinced him that the orphanage at least merited support. The work just grew and grew: as Italians began to lift themselves out of the direst poverty they gave the Sisters what they could; wealthy American donors came forward with offers of houses. Mother Cabrini travelled to Cincinnati, Pittsburgh, Buffalo, Saint Louis, Missouri, Denver, San Francisco, Seattle—where she took up a pick and showed her Sisters how to clear a building site.

She was then asked to start a hospital in New York. At first she refused, saying she was a teacher and not a nurse, but then she had a dream in which the Virgin Mary was nursing the sick—telling her she had to because she, Francesca Cabrini, would not. So, with a few mattresses and bottles of medicine in an empty building, she started a hospital. Again, begging for help brought results: doctors and clinicians offered their services, and she soon had a well-organized hospital with a medical board in charge. She called it the Columbus Hospital, as it was founded in 1892, the four-hundredth anniversary of Columbus’ arrival in the New World—and she wanted everyone to know that he came from Genoa, not from Spain as the Hispanics thought.

And on she went: to Nicaragua, where she thought she was having success converting the Indians until she caught yellow fever and they all vanished; to Panama and down the Pacific coast to Valparaíso, then across the Andes to Argentina and Brazil, both experiencing huge waves of Italian immigration. She set up new schools and orphanages as she went. In Rio de Janeiro there happened to be a smallpox epidemic, she she stayed to nurse the sick. She returned to Italy nine times to gather new recruits, and established houses France and Spain, conscious that Italian Sisters alone could not be effective where other languages were spoken. She extended the work in the United States to care for prisoners, including those on death row.

In 1907 she became a naturalized citizen of the USA in order to have legal claim under American corporation law to all the properties her Order had there. In 1916 she finally awarded herself six months of spiritual retreat. The following year, back at work, she suddenly collapsed when wrapping sweets to give children for Christmas. She died the next day. She was canonized by Pope Pius XII in 1946 and proclaimed “Patroness of immigrants.” In the United States she is known as the “first citizen saint,” and she features in the Immigration Museum at the foot of the Statue of Liberty.