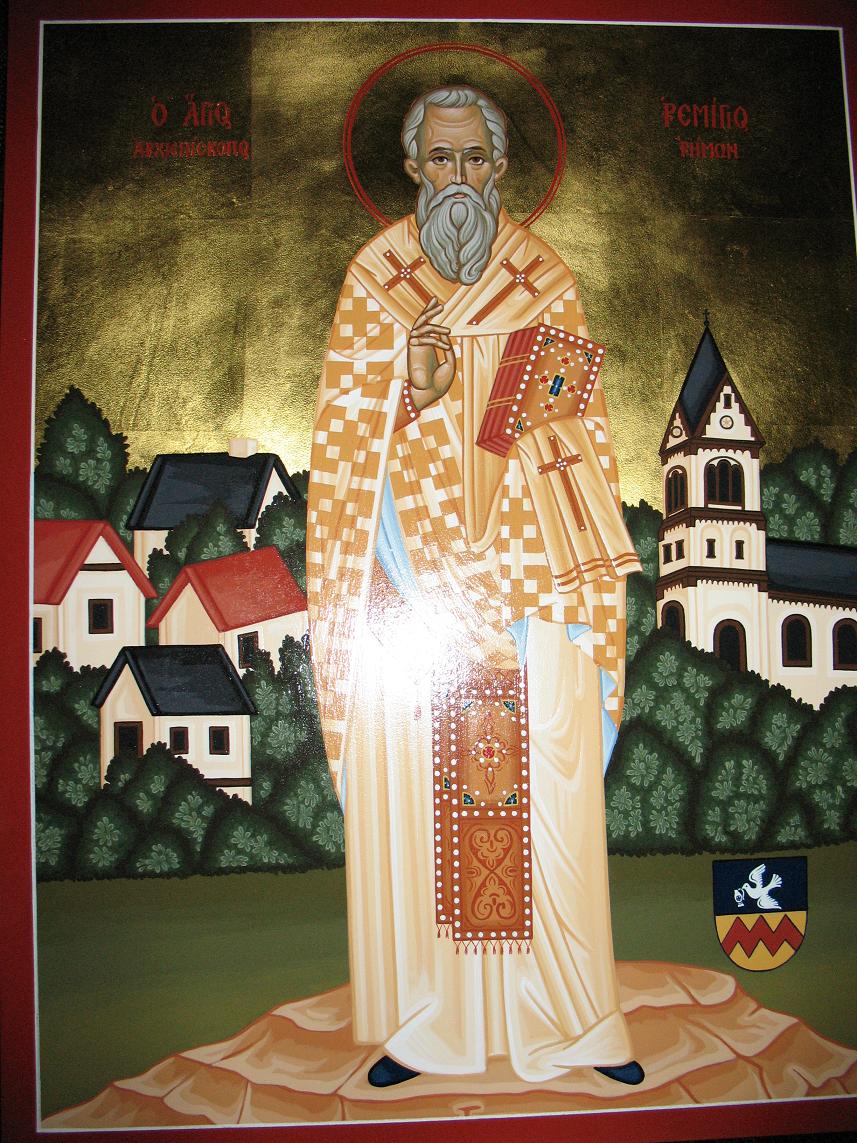 Little known in our days is such a manner of writing history; yet this was the view taken by the first historian of the Church, and the greatest. On such a feast as this we could not do better than repeat summarily his account of the Franks. “How,” says he, “can we help admiring that Providence which is never wanting to the Church? From the midst of tribes still pagan, on the morrow of the irremediable fal of the Empire, God forms to himself a new people, raises unto himself a prince: against these must break the rising tide of heretics and Barbarians. Such, in truth, appeared in the course of ages the divine mission of the Frankish kings.

Moreover, a privilege unique and truly admirable was theirs: never did the sins of kings bring upon this people, as upon so many others, subjection to a foreign yoke. The promise of the Psalm would seem to have been renewed in favor of this nation: If his children forsake my law … and keep not my commandments, I will visit their iniquities with a rod … but my mercy I will not take away from him.”

All honor, then, to the saintly Pontiff, who merited to be the instrument of such heavenly benefits! According to the expression of the holy Pope Hormisdas, “Remigius converted the nation, and baptized Clovis, in the midst of prodigies similar to those of the apostolic age.” The prayers of Clotilde, and labors of Genevieve, the penances of the monks who peopled the forests of Gaul, had doubtless a great share in a conversion which brought such joy to the Angels. Did space allow, we might relate how it was also prepared by the great Bishops of the fifth century, Germanus of Auxerre, Lupus of Troyes, Anian of Orleans, Hilary of Arles, Memertus and Avitus of Vienne, Sidonius Apollinaris, and so many others who, in that age of darkness, held up the Church to the light of day, and commanded the respect of the Barbarians. Remigius, contemporary and survivor of most of them, and their rival in eloquence, nobility, and holiness, seemed to personify them all on that Christmast night forestalled by so many desires, prayers, and sufferings. In the baptistery of St. Mary’s at Rheims, the Frankish nation was born to God; as heretofore on the banks of the Jordan, the dove was again seen over the waters, honoring this time not the Baptism of Jesus, but that of the Church’s eldest daughter; it brought a gift from heaven, the holy vial containing the chrism which was to anoint the French kings in future ages into the most worthy of all the kings of the earth.