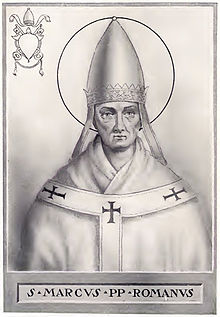 Among the martyrs annualy commemorated on this day, the names of Marcellus andn Apuleius carry back the mind to apostolic times. They had been the disciples of Simon Magus, but were convinced of his lying deceit by the miracles of St. Peter, and shed their blood in testimony of their faith in the true God.

On the same day, in the Roman martyrology, the commemoration of our Lady of Victory, established under the circumstances mentioned on the first Sunday of this month. Although the Virgin of virgins gave to the youthful martyr Justina a share in the triumph of Lepanto, nevertheless the chief honor of the day redounds to Mary herself. It behooves us, then, to renew our homage to the Queen of the holy rosary, on the exact anniversary of her dleiverance of Christendom under that title. Let us do os by offering her the three hymns of her Office, which recall the joyful, sorrowful, and glorious mysteries of the rosary, and which are epitomozed in that of second Vespers given on the feast.