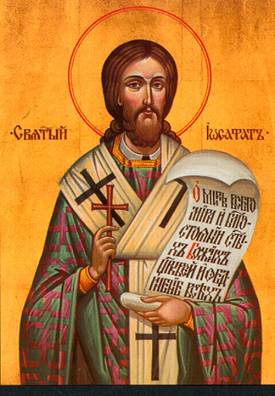 This was the union of Brzesc. By the compact signed in this little town of Lithuania, the metropolitan of Kiev and the other Greek bishops declared that they returned to the communion of the holy Apostolic see. Being the spiritual superiors of half the nation, they thus completed the union of the three peoples, Ruthenian, Lithuanian, and Polish, then subject to Sigismund III. Now, a religious reform, even if decreed by council, does not become a reality until men of God, true apostles, and if need be martyrs, come forward to consummate it. This was the vocation of St. Josaphat, the apostle and martyr of the Union of Brzesc. What he did not himself carry out with completed by his disciples. A century of glory was secured to the nation, and its political ruin was delayed for two hundred years.