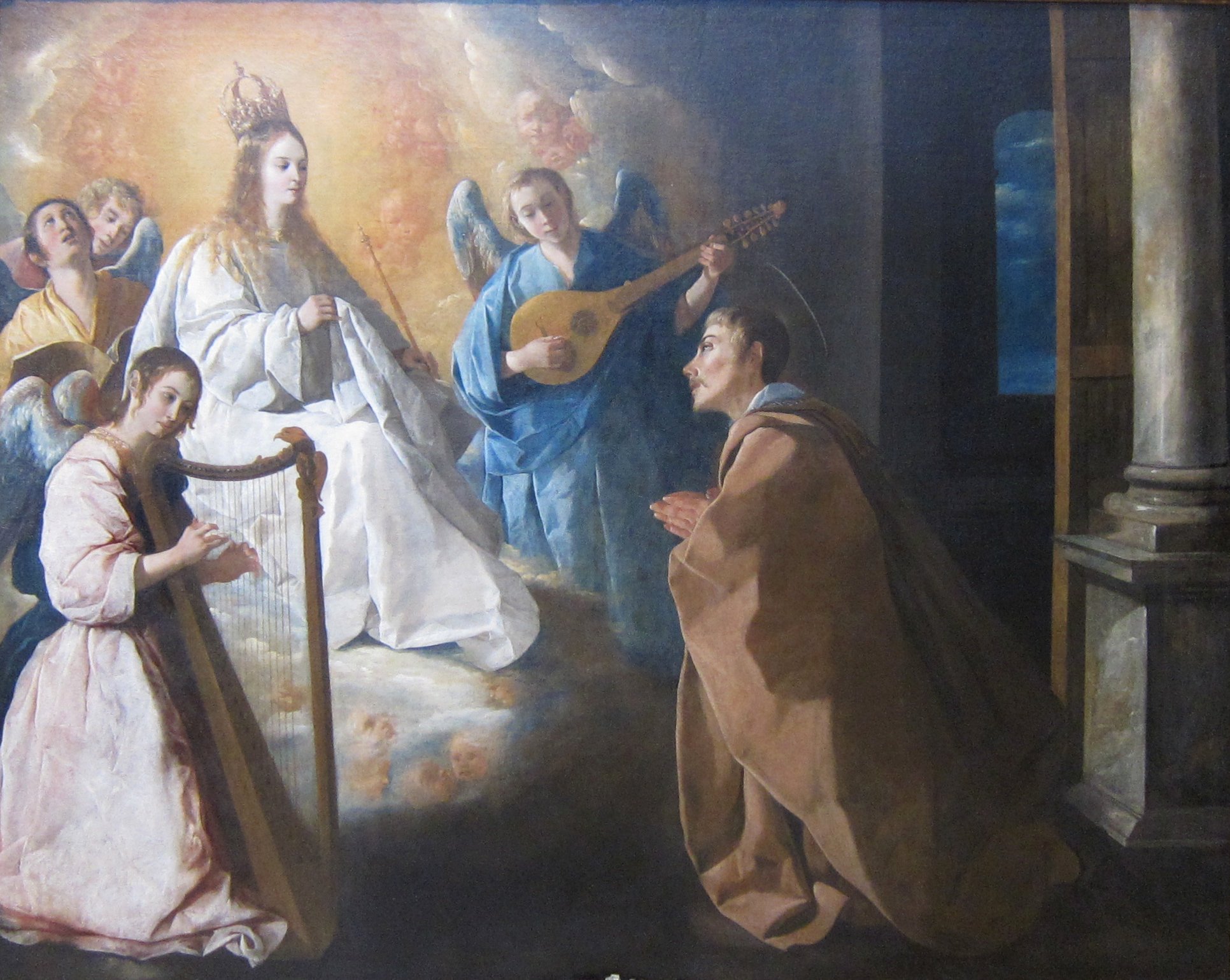 The Ransomer of Captives, Peter Nolasco, is thus brought before us by the Calendar, a few days after having given us the Feast of his master, Raymund of Pegnafort. Both of them offer to the Divine Redeemer the thousands of Christians they ransomed from slavery. It is an appropriate homage, for it was the result of the Charity which first began in Bethlehem, in the heart of the Infant Jesus, and was afterwards so fervently praciced by these two Saints.

Peter was born in France, but made Spain his adopted country, because it offered him such grand opportunities for zeal and self-sacrifice. In imitation of our Redeemer, he devoted himself to the ransom of his brethren; he made himself a prisoner to procure them their liberty; and remained in exile, that they might once more enjoy the happiness of home. His devotedness was blessed by God. He founded a new Religious Order in the Church composed of generous hearted men who, for six hundred years, prayed, toiled, and spent their lives in obtaining the blessing of liberty to countless Captives who would else have led their whole lives in chains, exposed to the imminent danger of losing their faith.

Glory to the Blessed Mother of God, who raised up these Redeemers of Captives! Glory to the Catholic Church, whose children they were! But above all, glory be to our Emmanuel, who, on his entrance into this world, thus spoke to his Eternal Father: Sacrifice and oblation thou wouldst not, neither are they pleasing to thee—but a Body thou hast fitted unto me. Then, said I, behold I come: that is, Behold, I come to offer myself as a Sacrifice. The Divine Infant has infused this same spirit of love for mankind (for whom he so mercifully became the Ransom) into the hearts of such men as the Saint of today: they saw what God had done for man, and they felt it a necessity to go and sacrifice themselves for the redemption of their suffering fellow creatures.

Our Lord rewarded St. Peter Nolasco by calling him to heaven at that very hour wherein, twelve hundred years before, himself had been born in Bethlehem. It was on Christmas Night that the Redeemer of Captives was united to Jesus, the Redeemer of Mankind. Peter’s last hymn on earth was the 110th Psalm: and as his faltering voice uttered the words: He hath sent redemption to his people; he hath commanded his covenant for ever, his soul took its flight to heaven.

The Church, in fixing a day for the Feast of our Saint, could not of course take the anniversary of his death, which belongs so exclusively to her Jesus; but it was just that he who had been honored with being born to heaven at the very hour which God had chosen for the Birth of his Son upon the earth should receive the tribute of our festive commemoration on one of the forty days of Christmas; the last day of January was selected [in 1954, Pope Pius XII moved the feast to the 28th of January, and assigned the 31st to St. John Bosco].

Let us now learn from the Liturgy the claims of Peter Nolasco to our veneration and love.

Thou, O Jesus! camest to cast fire upon the earth, and thy desire is that it be enkindled in the hearts of men. Thy desire was accomplished in Peter Nolasco, and the children of his Order. Thus dost thou permit men to cooperate with thee in the designs of thy sweet mercy and, by thus restoring harmony between man and his Creator, thou hast once more given to the earth the blessing of fraternal love between man and man. Sweet Infant Jesus! we cannot love thee without loving all mankind; and thou, who art our Ransom and our Victim, willest that we also be ready to lay down our lives for one another.

Thou, O Peter! wast the Apostle and the model of this fraternal charity; and our God rewarded thee by calling thee to himself on the anniversary of the Birth of Jesus. That sweet Mystery, which so often encouraged thee in thy holy labors, has now been revealed to thee in all its glory. Thy eyes now behold that Jesus as the great King, the Son of the Eternal Father, before whom the very Angels tremble. Mary is no longer the poor humble Mother, leaning over the Crib, where lies her Son; she now delights thy gaze with her queenly beauty, seated as she is on a throne nearest to that of the divine Majesty. Thou art at home amidst all this glory, for heaven was made for souls that love as thine did. Heaven is the land of love, and love so filled thy heart even when on earth that it was the principle of thy whole life.

Pray for us, that we may have a clearer knowledge of this love of God and our neighbor, which makes us like to God. It is written that he that abideth in charity abideth in God, and God in him; intercede for us, that the Mystery of Charity, which we are now celebrating, may transform us into Him, who is the one object of all our love during this season of grace. May we love our fellow creatures as ourselves; bear with them, excuse their weaknesses, and serve them. May our good example encourage them, and our words edify them; may we comfort them and win them to the service of God by our kindness, and our charities.

Pray for France, which is thy country, and for Spain, where thou didst institute thy grand Order. Protect the precious remnants of that Order, by whose means thou didst work such miracles of charity. Console all prisoners and captives. Obtain for all men that holy Liberty of Children of God, of which the Apostle speaks, and which consists in obedience to the law of God. When this liberty is in man’s soul, he never can be a slave; but when the inner man is enslaved, the outward man never can be free. Oh! pray that the fetters of false doctrines and passions may be broken, and then the world will enjoy that true Liberty which would soon put an end to tyranny, and make tyrants impossible.